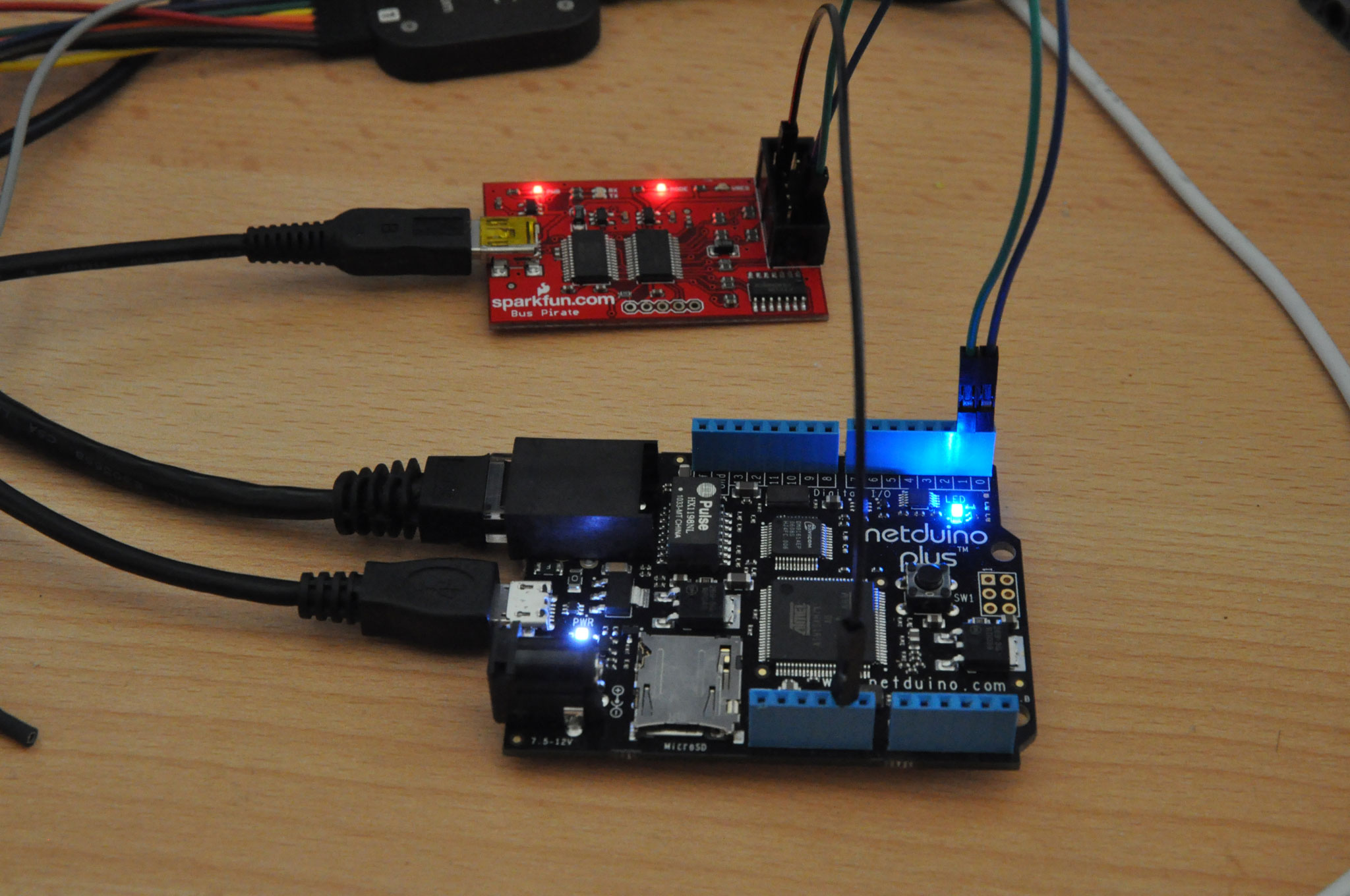 The only thing I couldn’t find is a library for Twitter. Looking around, I found a project called Tweet Library for Arduino, which sends tweets through an external website, presumably to avoid implementing OAuth on the Arduino. For this project, I decided to make the Netduino communicate with Twitter’s API directly, which means no external websites or proxies are necessary.
END_OF_DOCUMENT_TOKEN_TO_BE_REPLACED