Just a quick post to show a new go!bus module I developed recently.  This is the go!bus Breakout Module: 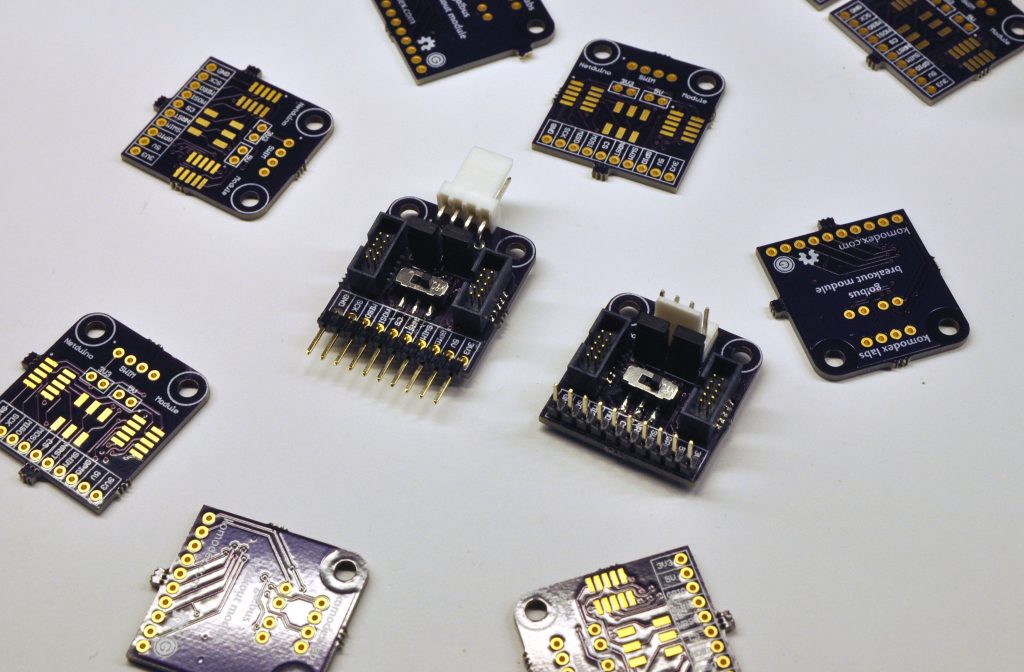 This module is designed to help go!bus module developers.  It is very similar to some Gadgeteer breakout boards such as this one from Sytech, but is specifically designed for use with go!bus modules and has a few extra features.

This module has two go!bus socket connectors and a go!bus breakout header strip running across the bottom. The socket connector on the left is intended to be plugged into the Netduino Go mainboard, and the socket connector on the right is intended to be connected to a go!bus module.  The connections to the breakout header running across the bottom are identical to those of the socket connector on the right.
The switch in the middle of the module is used to change its programming mode.  When the switch is in the left position, the module connector’s lines 4 and 5 are connected to lines 4 and 5 on the left (Netduino) connector (i.e., normal operation). When the switch is in the right position, these lines are instead connected to the SWIM connector at the top of the module.  This allows you to program and debug an STM8-based module while it is still plugged into the Netduino Go mainboard without affecting other modules plugged into the same go!bus channel.
There are also two jumpers above the switch labeled 3V3 and 5V.  These jumpers can be removed to disconnect either power line from the module.  This can be helpful if you need to provide external power to your module to, for example, prevent it from restarting when the Netduino cycles its power. 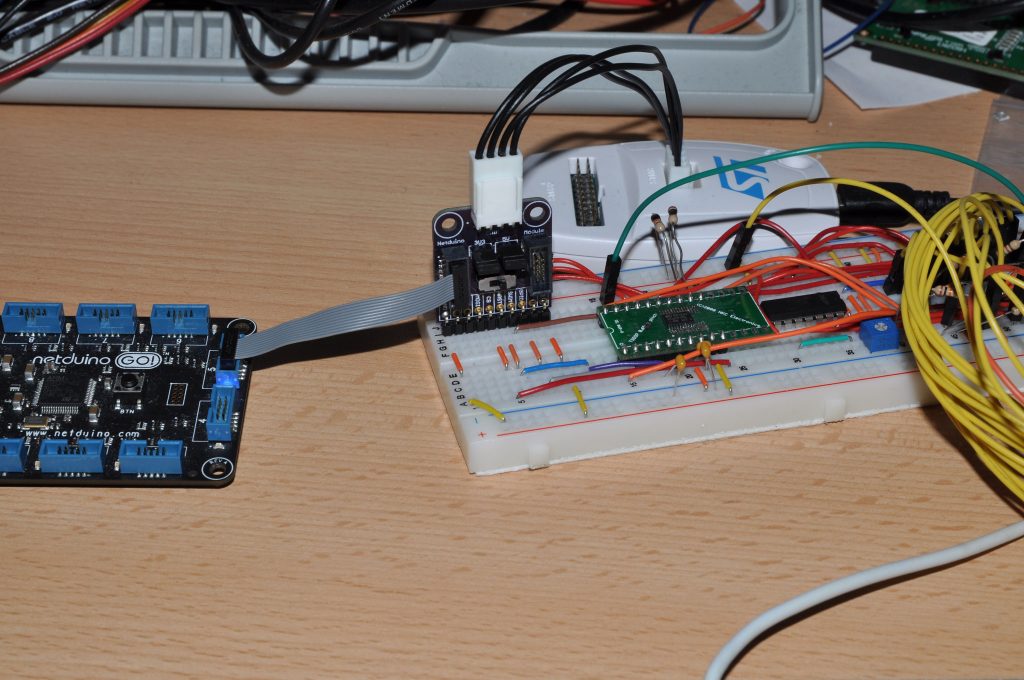 The module has been designed to support both straight and 90 degree (right-angle) connectors for both the breakout strip at the bottom and the SWIM connector at the top.  The 90 degree connectors can be seen in the above photo.  They really work well on a breadboard and having the breakout module stand up on its side means it takes up very little space on the breadboard.
The SWIM connector is compatible with the cable that comes in the box with the ST-LINK/V2.  This makes it extremely simple to plug in and move from one project to another.
Best of all, they’re purple!  These boards were ordered from OSH Park, a PCB batching service that makes great looking purple PCBs.

I had originally planned to make just a few copies of this module for my own use, but I found there was quite a bit of interest among other module developers so I have decided it will eventually become a stocked product in the Komodex Labs store.
Now available! with straight connectors and 90-degree connectors.